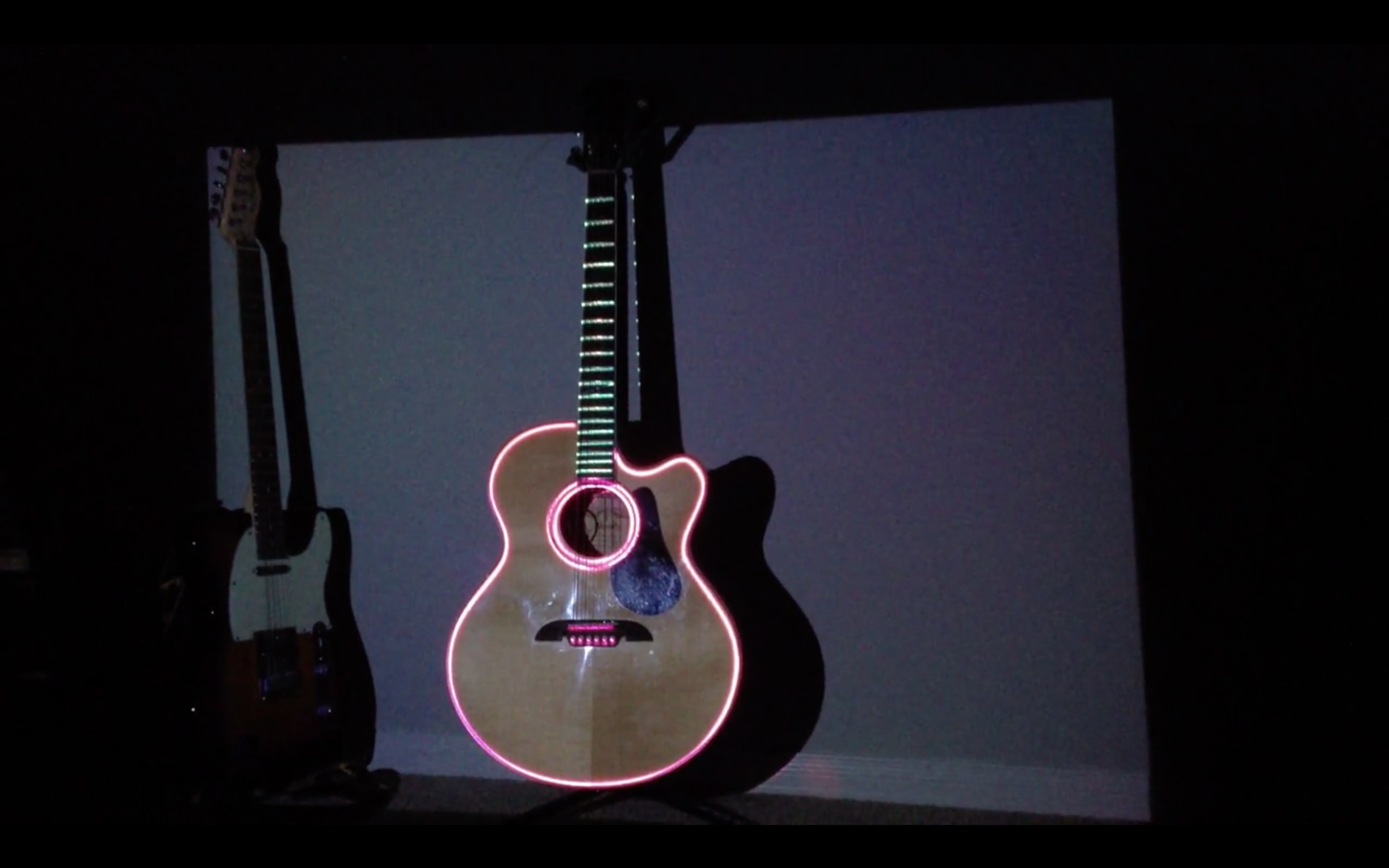 I seem to be easily distracted by shiny objects.

I’ve recently become infatuated with the art of projection mapping. After witnessing amazing installations bring buildings to rubble or 3d objects to life, I had to know how it was achieved. My obsessive nature got the best of me, I had to give it a try.

I don’t have much of a background in motion graphics so there were a few hurdles to jump when working with those types of software applications. Also, the hurdle of understanding how a 2d projection “wraps” itself around a 3d object. There are a lot of different pieces to the puzzle when setting up a mapping installation, a clear understanding of all of them will go a long way.

My first attempt at working with physical objects and a 2d projection was simple, utilizing only Adobe Photoshop and After Effects. In Photoshop I set my workspace to the same resolution as the projector. Working in Full Screen Mode (no rulers) I literally drew onto the objects. That psd was imported into After Effects and used to create an animated mask. Voila!

My curiosity runs deeper than simple static projections. Turns out there is a great niche area of software to aide in interactive and sequenced projection mappings. Each one has it’s own capabilities and purpose. While I haven’t been able to try them all, here is a list of some of the software tools available.

vvvv – a multipurpose toolkit (Free)vvvv is a graphical programming environment for easy prototyping and development. It is designed to facilitate the handling of large media environments with physical interfaces, real-time motion graphics, audio and video that can interact with many users simultaneously.

MadMapper ($299)
The MadMapper provides a simple and easy tool for mapping projections. It is built around the idea of sharing video content between applications.

lmpt (Free)
With LPMT, you can project your video, images, colors to differently oriented surfaces and compensate projection distortion using deformable quads that can be adjusted directly on the screen by simply dragging their corners.

What I am using

Other than some of the standard photo/video manipulation tools such as Photoshop & After Effects, I’ve been exploring these pieces of software.

VPT6 (Free)
VPT is a powerful and flexible video projection tool that does much more than just mapping.

mapamok (Free)
mapamok is an experimental projection mapping application that is part of the Projector Camera Toolkit developed during Guest Research Project v.1 at YCAM Interlab.

Projection mapping is still a new and emerging technique in interactive media. I imagine we will see it take off like wildfire in entertainment, exhibitions and advertising with artists striving for bigger and better things.